This week we are announcing the addition of a new collection of historic documents to our digital collections page on New York Heritage! 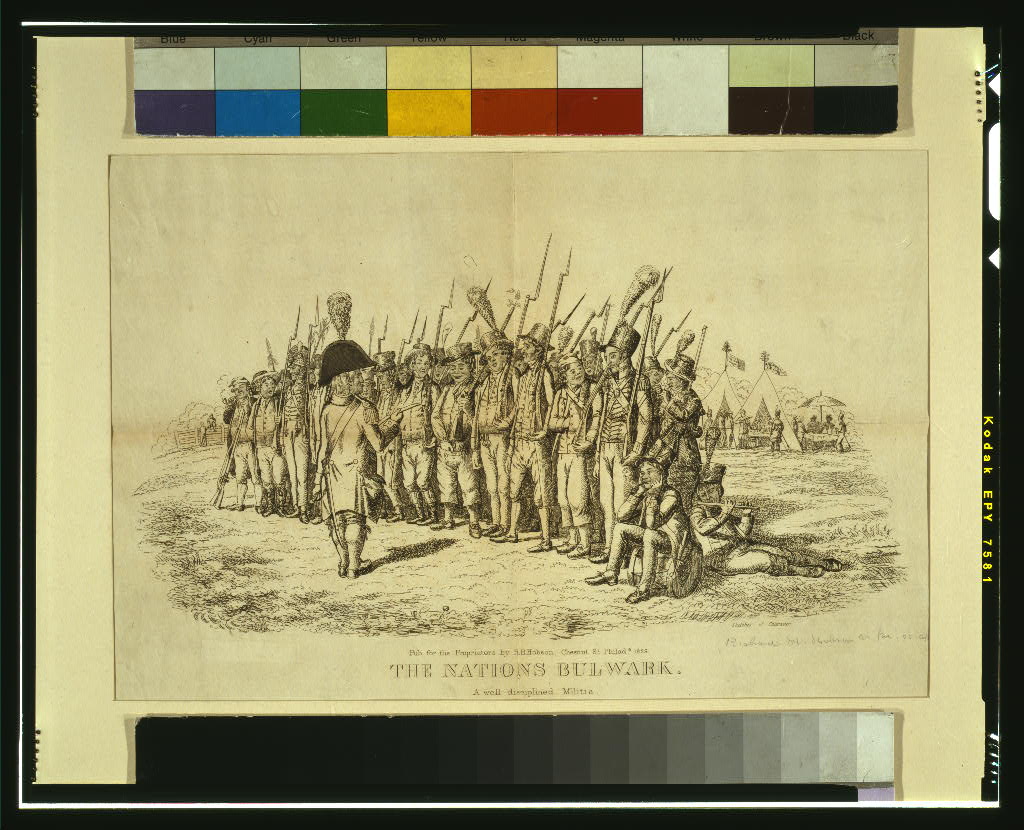 The 148th Regiment, New York State Militia, under the command of Colonel Benjamin Dunning, was one of several organized militia units that existed during the early 19th century. Before the United States had a large standing army or National Guard, local citizens, who according to the 1793 “Act to organize the militia of this state”, consisted of able-bodied, free, white men between the ages of 18 and 45, were required to meet and drill twice per year. Although earlier acts stipulated that the recruit was required to bring their own arms and equipment, by 1808, the job of supplying these regiments fell to the Secretary of War. Returns such as these noted who needed muskets, bayonets or flints, and thus who would be fined in exchange for receiving the appropriate equipment from the Secretary of War’s store.  Unlike their regular army counterparts, militia officers were elected and comprised of leading figures in the community, so although the individual members are not listed by name, one can get a sense of the prominence, or respect the individual officers had in the community by identifying their names.

In addition to military equipment, these records also show an inventory of musicians and instruments. In the days before wireless radios and walkies-talkies, fifes, drums, bugles, and hunting horns were commonly used on the battlefield to relay commands to soldiers in the field over the din of battle. Another important function of these battlefield instruments was to boost moral on the march, in camp, or in the heat of battle. Although several companies of the 148th list fifers and drummers in their returns, another list of musicians entitled “Regimental Returns of the Columbian Concert Attacht to the 148th Regiment...” lists other instruments such as clarinets, bassoons, “hautboys” (an early form of oboe), and bass drums. These instruments would be too bulky to be carried in battle, but were common in military bands throughout Europe and the Middle East during this time and mainly used in special occasions or in peace-time duties.

You can check out this new collection by going to our digital collections page on New York Heritage here! For more information on our Local History Collection, be sure to contact us at (845) 496-5483 x 326,  or via e-mail at moffat@rcls.org today!