This week’s Throwback Thursday is this 1995 edition of “A Life of Quiet Dignity: Naomi Sewell Richardson” by Alice Jefferson Marshall, Estella Henderson Boyd, Leola Murray Mason, and Karen J. Wilson. Naomi Sewell Richardson (1892 – 1993) was born to Perry W. Sewell, and Florence Snowden Sewell in Lincoln University, Pennsylvania on September 24th, 1892. Naomi’s father, a minister, would move the family to Washingtonville in 1901, when he took became Reverend at the Bethany Presbyterian Church. Naomi would be the first African American to graduate from Washingtonville High School, before attending Howard University in 1910. There, she was one of twenty-two founding members of Delta Sigma Theta, one of the first Black Sororities to be founded in the United States. 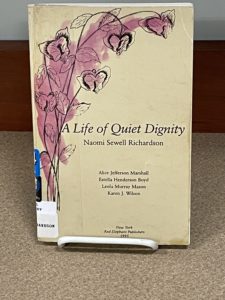 Compiled by members of Mid-Hudson Valley Alumnae Chapter of Delta Sigma Theta Sorority Inc., “A Life of Quiet Dignity” includes anecdotes and interviews with, as well as memories of , Naomi Sewell Richardson, who was a member of this chapter from 1979 to her death in 1993.  Today, the sorority that Naomi helped found has 300,000 initiated members, and 1,000 chartered chapters. Naomi’s headstone at Washingtonville Cemetery is noticeable for its red-granite appearance and the Greek letters of the sorority she helped found. The area where her home once stood is being developed into a park in her name, across from the modern -day Washingtonville Middle, and High Schools where a new generation will learn her story. To learn more about our local history collection, visit our Local History Guide here  or call (845) 496-5483 x 326! 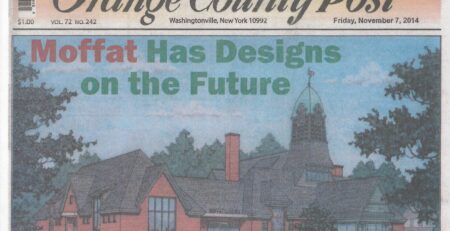 Moffat Has Designs on the Future 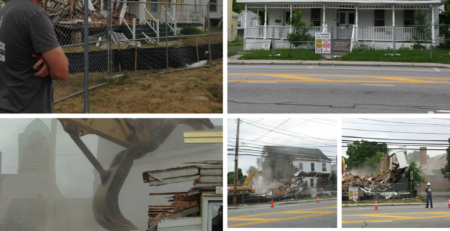 Update (as ofMay 2 2022) LIBRARY TELEPHONE LINES ARE DOWN TODAY If you need to contact us please email: moffat@rcls.org Thank you for... read more

NEW! - From Your Education & Recreation Resource (as of May 13, 2020) THANK YOU, HEALTHCARE WORKERS! THANK YOU, EVERYONE, who made... read more