Brendan Coyne, a representative of State Assemblyman James Skoufis of the 99th District attended the reception and presented Maureen with a citiation in recognition for her significant volunteer work for the Moffat Library.

More photos can be found on Moffat Library flickr page.

NEW! - From Your Education & Recreation Resource (as of July 8, 2020) Great Beginnings Book Club COME READ WITH US! These past... read more 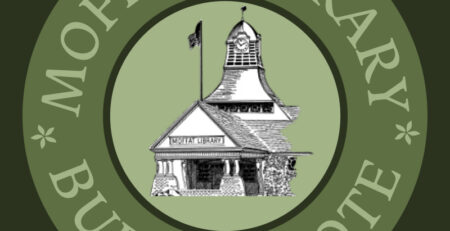 NEW! - From Your Education & Recreation Resource (as of November 1, 2020) Click to enlarge read more